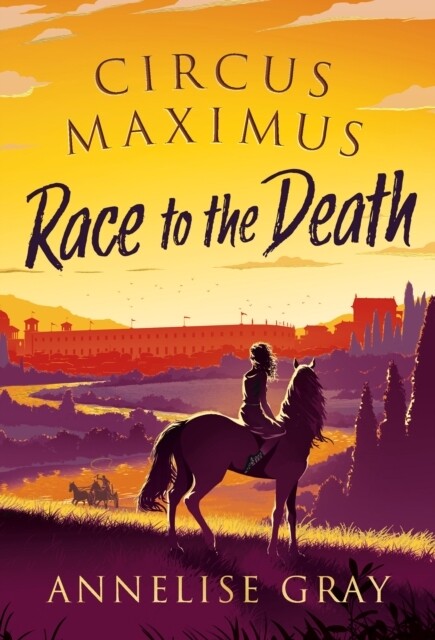 Circus Maximus: Race to the Death

** If you'd like this to be delivered to you home, please send us an email at info@talesonmoonlane.co.uk **

Circus Maximus, the greatest sporting stage of the ancient Roman world, where the best horses and charioteers compete in a race to the death, and one girl dreams of glory. Ben Hur meets National Velvet in the ultimate 9-12 adventure story by debut children's author, Annelise Gray. Twelve-year-old Dido dreams of becoming the first female charioteer at the great Circus Maximus.

She's lost her heart to Porcellus, a wild, tempestuous horse she longs to train and race. But such ambitions are forbidden to girls and she must be content with helping her father Antonius - the trainer of Rome's most popular racing team, The Greens - and teaching the rules of racing to Justus, the handsome young nephew of the Greens' wealthy owner. When her father is brutally murdered, she is forced to seek refuge with an unlikely ally.

But what of her dream of Circus triumphs and being reunited with the beloved horse she left behind in Rome? And the threat to her life isn't over as she faces a powerful and terrifying new enemy... the emperor Caligula.